The Frame Tray system is based on a closed material loop. From producer, via a sub-contractor who packs components, to the OEM manufacturer and then shipped to a nearby recycling centre where used packaging material is ground down and immediately returned for the production of new trays.

We analyse the flow, volumes and logistics requirements. 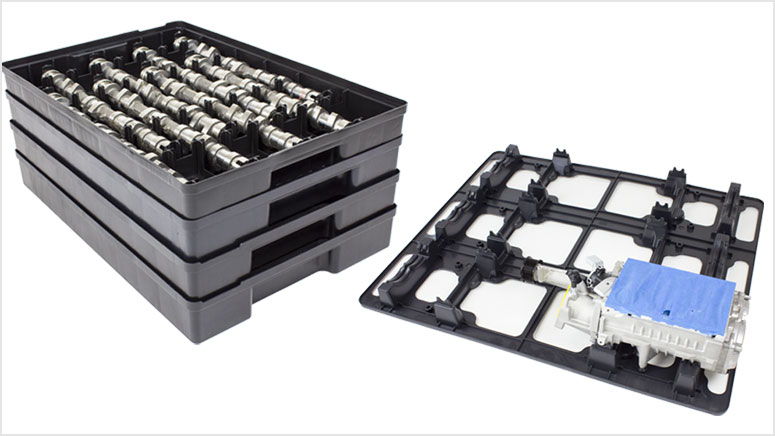 Frame trays are primarily used in inflows to engine or car factories. 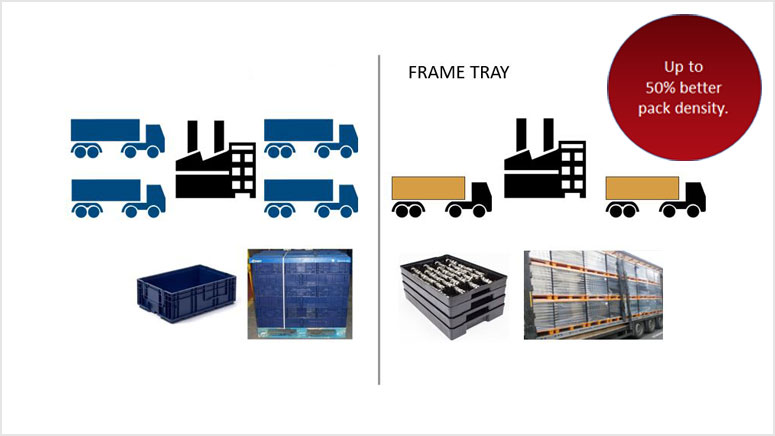 We can demonstrate significant savings within the logistics flow.